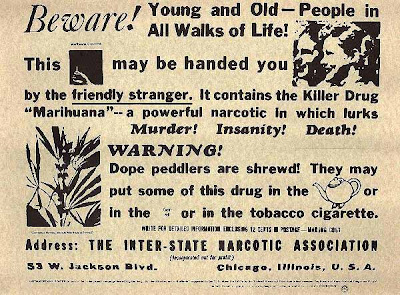 The iPad. Actually, these tablet computers are sort of in and out. They’re in because people have scooped them up by the millions, and they might revolutionize the way we interact with the Web. They’re out because I don’t have one, and saying that over and over again is the only I can keep from crying myself to sleep each night.

Smartphones are also in because using a phone just to talk to somebody is what the cavemen did right before bludgeoning the guy in the next cave with a giant stick. Just ask your 11-year-old.

Facebook is in, though — even movies about Facebook are in. But aren’t you glad you aren’t Facebook founder Mark Zuckerberg, now that you know that for all his billions, he’s kind of lonely? No, me either.

3) Cheap eats. As the economy slowly trickles back into a reasonable state of healthiness (reasonable states of healthiness are in, as long as the co-pay isn’t too high), people are still cutting back where they can. So even if they’re not doing fast food, because Happy Meals are evil (EEEEEVILLLLL!), people are at least sticking with food that moves at a fairly brisk pace and may come with a baguette.

Except for rich people, who are reportedly spending the entirety of their tax cut on foie gras.

4) Jeans that aren’t actually jeans. Denim has served us well for a good 150 years, so why we have to go messing with it now is beyond me. (The last thing we need is a repeat of the great acid wash debacle of 1983.) But for some reason jeggings are in, even though we’re pretty sure these jean-leggings actually prevent the blood from ever getting to your feet. Expect women to start tipping over any minute now.

More our speed are PajamaJeans, which are … wait, let me check my notes … Pajamas that look exactly like jeans! Meaning that from now on, whenever we wear our pajamas in public, fewer people will know.

5) Reading. Reading is back, baby! As long as you do it on a Kindle or an iPad or in little bursts on your phone while you’re waiting for the bus. Actual paper books are out, except to put under the leg of a crooked table. Try doing that with your Kindle, and you’ll be out $139.

1) Laptops and iPods. Now that everybody except me has an iPad, carrying around that tremendous, leg-crushing laptop seems downright quaint. As for that PC on your desk, this is the equivalent of the IBM computer that used to take up an entire room and required a team of engineers just to remove the other team of engineers who got trapped inside it looking for a missing punch card.

As for iPods, the ones that just hold music are completely useless since your phone can do that now. However, the iPod Touch is in because you can touch it. Touching is in. (Not you, Brett Favre.)

2) MySpace. If anyone remembers what this was, please message me on Facebook and let me know.

3) Demonizing pot. Now that marijuana is only sorta, kinda illegal, everyone is embarrassed about all those years spent referring to it as evil (EEEEEVILLLLL!) — not as evil as Happy Meals but still bad. Now, we realize our energies should be devoted elsewhere, like keeping kids from texting while driving, which is very much out. Texting while smoking pot will forever be in, though.

4) Baggy clothes. This is bad news for those of us who haven’t given up Happy Meals. We know who we are. These include the infamously shapeless “mom jeans,” although if that means Mom will be wearing jeggings from now on, we’re skipping Mother’s Day brunch this year.

5) Passing judgment. Yes, times are hard. But that just means it’s especially important we all stick together and avoid name-calling, jumping to conclusions and engaging in divisive activities. You know, such as arbitrarily declaring what’s in and what’s out.

Email ThisBlogThis!Share to TwitterShare to FacebookShare to Pinterest
Labels: Food, In and Out, iPad, iPod, Lifestyles

Ipad is an amazing invetion from apple.Its has many flaws and drabacks too.Apple should consider those things.It doesnt have camera even.I was shopping for ipad on online shopping when i came acros with different blogs.Do check it out for many other products.Ipad and blackberry books are both the same.Blackberry book comes with many new feature while ipad lacks sum functions.