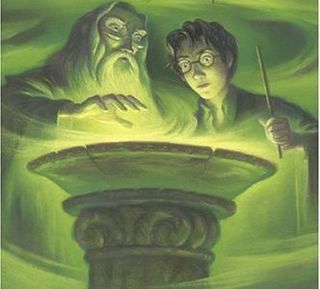 Book titles that will be a sure sign J.K. Rowling is running out of steam:

The Pope is anti Harry Potter. He has broken the code. He knows that by placing the P in front of Harry, one can phonetically promote the alternative lifestyle of river rodents! And you thought the Davinci Code was good!

I just discovered your blog today and can honestly say I've been laughing all day...went to your website and read your columns too. Funny stuff man.

I can't wait for "the scene" in Harry Potter and the Sharon Stone. Who knew a Stone had to uncross & recross it's legs?

Harry Potter is anti-Christ? Why's that?

Talk to people on a forum that had this thread running for pages...

Came accross your blogg... brilliant stuff...had me laughing all day, even though I am an avid Harry Potter fan.
Here's another title to add to your list: Harry Potter and the Order of the Stuffed Turkies. Will be adding you to my favourites

The anti-christ thing was a joke, in reference to the "The Pope is anti Harry Potter."

Funny! Let me add on. Hope He-Who-Is-Generally-Not-Named doesnt send some evil accomplice to put a Amlaeroblia Geglopopruxus hex on me. (Dont ask what it is; i'm a muggle too. Just got to hear it from a half-blood!)
"Harry Potter and the Parry Hotter"
"Harry Potter meets Rowling's Daughter"
"Harry Potter and the Philantropist's Goblet half-filled with the Blood of the Phoenix of Azkaban"
"Harry Potter and Hairy Potter"
"Harry Potter and, well, Harry Potter" : This is the last part where the till-then-unknown Potter identical twin appears in the scene, fights with Lord Vol...er...You-Know-Who and perishes along with him in the final duel. (A flash tatoo on the forehead will make him really identical. And You-Know-Who dies thinking that he has actually killed Harry, the one without the tatoo! Prophesy satisfied.)
Hey, I can suggest this to JKRowling. May be we can co-author...

The pope isn't specifically Anti-Potter... He's just against children reading ANYTHING before they've been fully indoctrinated. Er... had the chance to see the light? So save Potter and LOTR for their Confirmation present I guess. You know...when it's too late.

My sister came up with this one a few years ago:

Harry's a Pothead and the Sorceror's Stoned

I don't think those books are that great. But I'm not a 12 old boy either.

Thank you! I needed that!

Oh, okay...I thought you guys were serious about the anti-christ thing. Because I have a friend who's a Christian and she has something against HArry Potter, although I've never really known why. Didn't dare to ask her. Thought it might have been a touchy subject.

Harry Potter and the Rolling Stones