Penn: Next fake job
may be as fake fireman 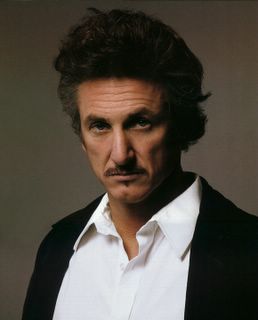 Sean Penn is eagerly looking forward
to his next fake career choice.


HOLLYWOOD (AP) -- Actor Sean Penn announced this week that he has narrowed down his next fake career to two options: astronaut and fireman.

The Oscar winner and political activist is currently covering the Iranian elections as a correspondent for the San Francisco Chronicle, but has said he feels that when his stint as a fake journalist comes to a close, he'd like to be ready with the next fake career that he can use his celebrity to weasel his way into.

"I've thoroughly enjoyed pretending to be a reporter and working side-by-side the actual reporters, all of whom are consummate professionals, in that they actually do this for a living, not just for fake," said Penn. "But next time around I thought being an astronaut and wearing that cool space suit or a fireman and sliding down the pole would be pretty awesome."

For future fake careers, Penn has mentioned doctor, policeman, professional wrestler, rock star and the guy who feeds the seals at the aquarium. "I hope my ideas for what fake jobs to do are ever changing," said Penn.
Posted by Pete Chianca at 10:30 PM

What a waste! I mean who really cares what Penn does.. I like to see Penn's next fake job be as the invisable man..

Penn has as of late started a career as a fake actor. :-P
The Interpreter tanked, and not surprisingly, Penn is having to start fake jobs to supplement his income. Do they pay him with fake money?

Holy crap, what happened to Spiccoli?

maybe a bit off-topic, but please urge your readers to look at this post; it's very important:

Funny but I'm actually on Penn's side. Going into that country in today's world, while working on behalf of a respectable newspaper, is ADMIRABLE!

Yeah, I'm on Penn's side too. I wanna see him be a fake cop where he can try to punch someone other than a sniveling camera toting slug. I'd like to see him roll up on a dealer's corner, and shout, "Break yo'self fool!" Then he could act like he didn't get his behind whooped.

Penn was always goofy. He rode in on Madonna's coattails with the movie Bad Boys as a jump off. He actually turned out to be a nominally good actor. He's got a politically stunted agenda, but I like his stuff when he's not taking hisself too seriously.

There are far more deserving folks.

It used to be that He was just actting like he could act.
But He actualy learened how do that and did dam good job at it so there could be some thing to what he's doing.
insperation boy that guy is a genus.

I would love to see penn in all of his fake jobs! I think he would look HOT in a firemen or cop uniform. its ok if men fake it women do!