Take that, Mudvayne, whoever you are! 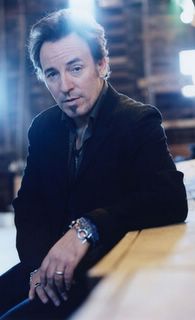 It's heartening that Bruce Springsteen can still debut a No. 1 album. What's disconcerting is the fact that I have somehow become such a fogey that I have no idea who any of the acts under him are. Bobby Valentino? Amerie? I thought I recognized Jo Dee Messina until I realized that wasn't the one that went with Loggins. And yes, I know Mariah Carey, but I don't think that's necessarily a good thing.