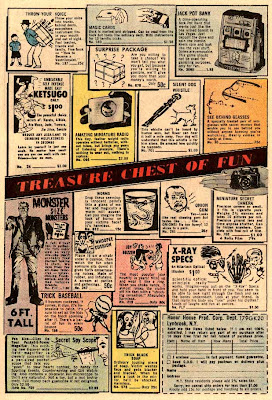 MOUNTAIN VIEW, CALIF. (CAP) - In the wake of widespread skepticism over Google's Project Glass "augmented reality glasses," industry experts are now questioning whether other proposed Google products, such as its "X-Ray Specs" slated for release next year, will be all the developers are promising.

Pietor Menstry, an MIT Media Lab researcher, told Wired magazine that it seems very unlikely that users will really be able "look right through the flesh and see the bones underneath," despite the claims of several ads Google took out in popular comic books.

"And as far as seeing through clothes, forget it," said Menstry. "We've been trying to come up with glasses to do that for 30 years. It's a lot harder than it looks."

The X-Ray Specs are among a long list of products supposedly being developed by Google, many of which have researchers and tech pundits questioning whether the company will really be able to deliver, or whether it's talking up the products just to generate PR buzz.

Among the products allegedly in development:

"Our research has found that there is a tremendous interest among the general public for these devices, along with other planned Google releases like a trick baseball, onion gum and monster-size monsters," said Dr. Francis Spitznagel of the Pew Research Center. But he also noted that if they don't come to pass, there could be a public outcry.

"We've also found that our researchers would be very happy to test the X-Ray Specs, especially the researchers who've been working on our project about superheroine bust size," he added.