You remember record stores -- don't you? 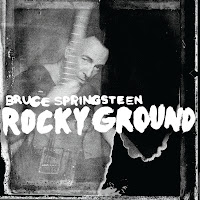 The other day my kids were watching an old episode of “Drake & Josh,” which is a Nickelodeon show that, like all the other Nickelodeon shows, is about young teenagers yelling at each other. What was interesting about this particular episode — which I can only assume took place during the shows original run of 2004-2007 (I looked it up) — is that it had several scenes that took place in a record store, and it might as well have been set in a milk truck or a cobbler’s shop. Teenagers in a record store? That’s so … well, not today.

As depressing as that concept was (even more depressing than Nickelodeon shows usually are), there is something we can celebrate: Tomorrow, April 21, is officially the most exciting day to be in a record store in 2012. It’s Record Store Day, and if you’ve been at your local independent record store when the doors opened on this day over the last few years, you can attest to the party atmosphere. Frenzied vinyl collectors scoop up the limited-edition specials, clerks give away bags of cool stuff, there’s candy … it’s enough to make you want to hug the heavily pierced person trying to elbow you out of the way for the last copy of that 7″ Clash reissue.

Bruce Springsteen, as has been his practice for the last few years, has his own special offering coming out, a 7″ vinyl single of “Rocky Ground” b/w “The Promise” from his 2010 Asbury Park "carousel" concert. (Whether it will be spelled “The Pomise” is yet to be seen.) But with special releases by Eddie Vedder, Leonard Cohen, Arcade Fire, fun., Grace Potter and dozens of others, it’s worth a trip down to the record store no matter what you wind up leaving with.

And don’t forget not to wait a year before going back.
Posted by Pete Chianca at 7:23 PM