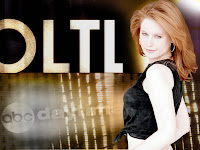 APRIL: Obama budget plan would save ‘One Life To Live’

WASHINGTON (CAP) – President Barack Obama continued to reveal details of his deficit-reduction plan this week, including a controversial provision that would raise taxes on the wealthiest 1 percent of Americans in order to save the recently cancelled ABC soap opera “One Life to Live.”

“‘One Life to Live’ is, uh, part of the cornerstone, the bedrock of American culture,” said Obama in a press conference Monday. “How many of us spent lonely afternoons following the adventures of, you know, Bo and Clint Buchanan, and Viki, who suffered from dissociative identity disorder and became Niki, the sexually promiscuous party girl, and Karen and Larry Wolek, who, uh, had control chips implanted in their brains by the evil Dr. Ivan Kipling.”

But potential Republican presidential contender Sarah Palin, star of “Sarah Palin’s Alaska,” called Obama’s “One Life to Live” plan “redonkulous,” saying, “Who wants to watch a big, dysfunctional family of crazies with dumb names say stupid things and go all over the place having babies and stupid stuff like that?”

Obama did say he was willing to compromise, noting that his plan includes no funding to save the also-cancelled “All My Children.”

BOSTON (CAP) – Thousands of Massachusetts residents are reeling at the discovery of a professional hockey team that has apparently been operating unnoticed in their midst for decades.

The team, known as the “Boston Bruins,” apparently in reference to a type of bear, began to appear on Boston residents’ radar screens late last month after suddenly turning up in the Stanley Cup Finals.

“And they’re pretty good, too,” noted a clearly surprised David O’Reilly, a financial advisor from Cambridge. “I watched a few minutes of their game the other night, and that Patricia Bergeron, she was excellent.”

Jon Zincway of Dedham was decked out in a Bruins jersey, baseball cap, temporary face tattoo and foam finger while waiting in line to buy tickets for the Stanley Cup Finals. “If I’d known they were an actual hockey team I would have bought all this stuff much sooner,” he said. “As long as they, you know, won all the time.”

BOSTON (CAP) – Feared legendary mobster James “Whitey” Bulger seemed to have lost none of his swagger or arrogance in his first court appearance after 16 years in hiding, brazenly asking the judge to “return my Depends and my Metamucil, gosh darn-nabbit!”

He then glared icily at the prosecutor in what could have been a soulless look of pure evil, or gas.

FBI agents captured the 81-year-old Bulger in Santa Monica, Calif., after following him home from the Bay Cities Deli, where the mobster had allegedly eaten some lime Jell-O.

“He was driving very suspiciously,” said FBI Special Agent Josh Harwood, who noted that he was going about 10 miles per hour below the speed limit, cut off two other drivers and then shook his fist at them like it was their fault.

“And his blinker was on the entire time,” noted Harwood.

“Get offa my lawn, you darn kids!” witnesses quoted Bulger as yelling at the boys. “Or I’ll give ya something to complain about, gosh-a darn it!”

“That’s when we slapped the cuffs on him,” explained Harwood.

ORLANDO (CAP) – A Massachusetts family caused a splash in Disney World this week when they called 911 from inside the Space Mountain ride, apparently fearing they would never make it out.

“I don’t see anybody. I’m really scared. It’s really dark,” the mother told the Orlando 911 dispatcher, yelling over the sounds of the famous indoor roller coaster. “I don’t know what made us do this. It was daytime when we came in,” she added.

The dispatcher patiently tried to explain that if she just remained calm the ride would end by itself, but the woman insisted that they send help.

“I can’t even see where we’re going … I think we may be in space!” she yelled.

The dispatcher then asked to speak to her husband, who said he was concerned because everybody on the ride was screaming.

“I see lights over there, but we can’t get there, we’re smack right in the middle of the ride,” the husband told the dispatcher, although it was later determined that they were only seconds from the end of the ride, and the attendants asking patrons to wait until the car came to a complete stop before exiting should have been clearly visible.

CENTREVILLE, VA (CAP) – A dozen Republicans who participated in a focus group in suburban Virginia, most of whom said they found Mitt Romney “aloof,” also found the GOP presidential candidate hiding under a desk in the corner of the room.

Romney at first denied that he’d been under the desk, according to the group.

“Well, your assessment of my recent whereabouts is just not accurate,” Romney reportedly said. “So, one, we’re going to have to be better informed about whether or not I’ve been under desks, or not under desks. Which I haven’t been.”

After being badgered by the focus group for several minutes, Romney changed his stance, saying that he had in fact been under the desk.

“I have never claimed not to be under the desk, and I’m not sure where you’re getting that from,” Romney told the focus group.

Told he’d just denied being under the desk minutes before, Romney said that after studying the issue and in the face of new information, his stance on desk-hiding had “matured.”

“That’s what you have to do in the private sector, adjust to the situation as it changes,” said Romney, noting that he’d spent over 25 years as an executive at Bain Capital, spending much of that time hiding under desks.

Peter Chianca is editor in chief for GateHouse Media New England’s north-of-Boston newspapers and websites, and an ocassional contributor to CAP News. Follow him on Twitter at twitter.com/pchianca.