COLUMN: The dog that got away, again 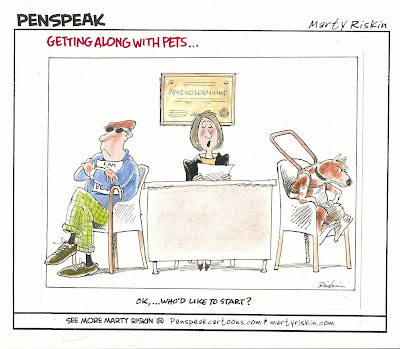 Picture it: It’s 8 a.m. on a Sunday morning, it’s 16 degrees, and I’m standing in a ski jacket and plaid pajama bottoms on my driveway, which at this wintry moment looks like a footpath that might be used by Bhutanese yak herders. In one hand is a long yellow leash attached, conspicuously, to nothing, and in the other a half-empty box of Milk Bone dog biscuits, which I’m shaking up and down like some kind of pathetic cardboard maraca.

Halfway down the driveway is our 3-year-old yellow Lab, Penny, staring at me like I’ve gone completely out of my mind.

The hardest thing to reconcile, while swearing under my breath and fruitlessly shaking my Milk Bones as Penny tears off in the other direction, is why this dog never passes up the opportunity to bolt. After all, the house she’s trying so desperately to escape contains heat, food and unfettered access to any number of lumpy couches. Is the lingering possibility of finding a dead animal carcass really so compelling? (Apparent answer: Yes.)

I figure this is the type of thing you have to grapple with if you live with not one, not two, not three, but (wait for it) four canine companions, which happens to be exactly the situation I find myself in. And these are not fit-in-your-purse, keep-them-inside-if-there-are-hawks-around kinds of dogs — these are Labs and goldens, the kind who will collapse on your bed like a four-legged sack of cement, fixing your comforter in place like spikes through a circus tent.

For the record, my wife, Theresa, is the true dog lover in the family — she loves dogs in a very real, spiritual way that she considers more than worth any effort she has to put in to care for them. Whereas I tend to love dogs in more of a theoretical sense, in that way where you get choked up at the end of “Homeward Bound,” but you’d rather not be cleaning up after anything that comes out of them, or chasing them through snow drifts in your pajamas.

My family did have a dog when I was a kid — a large and unfortunately aggressive boxer named Rocky, whose tenure as a pet did not end well — but our current crowded household (I’ll tell you about the three cats later) has led me to consider, as I’ve never done before, why we get so attached to our pets. After all, they’re messy, they’re expensive, they do things that make you want to strangle them, and, unlike your kids, they aren’t obligated to take care of you when you get decrepit.

I guess maybe Penny’s personality holds the answer to that question. Her distinguishing trait is to greet everything she meets, be it growling, cowering or yipping, with loving and earnest licks to the face. She’s a diplomat and a peacekeeper, like Jimmy Carter with a 6-inch tongue, but fortunately not nearly as smart — for instance, after chasing her pointlessly through the snow for half an hour on Sunday, I simply opened the door to Theresa’s car and she promptly jumped into the driver’s seat, like a teenager awaiting her first lesson.

I dove in next to her and snapped the leash on, and she lovingly and earnestly licked my face as if I’d just rescued her from the brink of death. Yes, I could have strangled her just minutes before, but all was quickly forgiven — it’s hard to stay mad at someone when you’re relieved they didn’t get themselves run over by a snowplow. And even if Penny’s prone to taking off, I admit it’s flattering when she showers me with licks of love when she comes back.

So much so that I’m almost able to forget about what may have been in her mouth while she was gone.

Note: The above is the first in a series of columns I'll be doing this year on life among pets. Follow them at my new blog, The Longest Tail.