IN AND OUT 2010: Entertainment 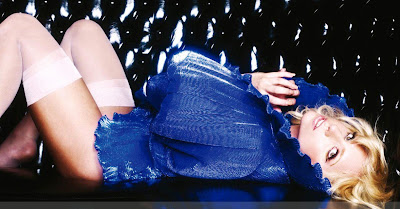 1) Zombies vs. Vampires. Forget about Team Edward vs. Team Jacob. “Twilight” might still be in among a certain segment of the population (the segment who won’t date any boy who doesn’t “sparkle”), but these days it’s all Team Vampire vs. Team Zombie. Both undead types have taken over TV, with “True Blood,” “The Vampire Diaries” and “The Walking Dead” tearing up the screen, often literally. Meanwhile, werewolves are out — just ask Benicio Del Toro.

Of course, that doesn’t mean that vampires and zombies are the only game in town. Superheroes are more in than ever, with “Iron Man 2” leading the way for movies starring Captain America, Thor and eventually The Avengers. If they ever get around to Rom: Spaceknight, you know we’re in trouble. (And if you know who Rom: Spaceknight is, you’re as much of a nerd as I am.)

2) Pop music. Taylor Swift has taken over the world, but she’s not alone. Lady Gaga and Katy Perry are giving her a run for her money and might get the edge by wearing meat and flashing Elmo, respectively. Flashing Elmo is in. You know who you are.

And Justin Bieber is in as the immensely popular source of derision among hipsters. Personally, I think he’s pretty cool, at least until his inevitable press conference when he peels off his face and reveals himself to be a fire-breathing, soul-stealing demon from the depths of hell. Soul stealing is in.

3) TV with a brain. What is it with all these shows that don’t insult your intelligence? Programs like “Mad Men,” “Modern Family,” “Parks and Recreation” and “The Big Bang Theory” are giving the entire mindless medium a bad name. Luckily, we still have “Two and a Half Men,” which more than fulfills our quota of smarmy, obvious sex jokes told by losers. Speaking of which, women inexplicably continue to come within 100 yards of Charlie Sheen, which must mean he’s still in. No, not prison.

The smartest, funniest character on TV is, of course, Conan O’Brien, who might not be on NBC anymore but is all the more in because of it. Thanks to Conan, TBS is also in. George Lopez? Maybe next year.

4) Book series. Call it the Potter effect: One book is simply not enough anymore. These days “To Kill a Mockingbird” would just be the first book of a seven-part series in which Scout and Boo Radley outwit rednecks.

Harry and friends have gone off to that big publishing house in the sky, but dozens of other series have popped up to take their place. Like “The Hunger Games” trilogy, in which futuristic teens must battle each other to the death. It’s sort of like a post-apocalyptic “Henry and Beezus.” (Henry and Beezus are out, but Ramona and Beezus are in, thanks to the Selena Gomez movie adaptation. Selena Gomez is in, somehow.)

For younger kids, “Diary of a Wimpy Kid” (up to book five and counting!) has paved the way for dozens of other books that mix prose and cartoons. For grown-ups, the creepy and violent “The Girl with the Dragon Tattoo” series is in, even though it doesn’t have any cartoons, thank God.

5) Game time. No, not board games — not only are they out, but no one has even seen one since the early ’90s. Those board game displays you see at Toys R Us are actually just the false front of the entrance to the secret underground employees-only paintball field.

No, I, of course, mean video games, such as “Call of Duty: Black Ops,” which certain people have been playing nonstop since its release, taking only short breaks to eat, sleep and twitch uncontrollably. But not every game is a high-def graphics extravaganza. Smartphone users of all ages are hooked on “Angry Birds,” our latest excuse for never actually having to look up. Looking up is out.

1) 3-D. When 3-D is good, like in “Toy Story 3” or “Despicable Me,” it’s neat, or at least not distracting. When 3-D is bad, like in “Clash of the Titans,” it’s like you’ve just paid 15 bucks to spend two hours in a giant migraine machine. And when the 3-D and the movie are both bad, like in “The Last Airbender,” you might find yourself overtaken by an uncontrollable desire to go to Hollywood and pummel the producer with a paddle ball.

Thankfully, “Harry Potter and the Deathly Hallows: Part I” eschewed 3-D, but Part II will apparently use it. Better be prepared to get poked in the eye by a wand. Poking is in.

2) Pop music. Wait, did I say pop music is in? I wasn’t taking into account Miley Cyrus (a.k.a. Hannah Montana) or the Jonas Brothers, who seem destined to be lifetime residents of the Disney ghetto, sharing a room with those squirrelly boys who play Zack and Cody for all eternity, like a tween Sartre play.

And poor Christina Aguilera flopped both with her comeback album “Bionic” and her movie “Burlesque” with Cher. Could Cher finally be … out? Naaaaaaaaah.

3) Stupid TV. So “30 Rock” is too smart for your tastes? There’s always its time slot competitor “$#*! My Dad Says,” which is worth hating simply because it was based on a Twitter feed, and nobody has approached you about making a TV show out of your Twitter feed. But the jokes are another good reason; this is the bad William Shatner, the one from “Kingdom of the Spiders.”

But most of the stupid people on TV are, sadly, real. Kate Gosselin, David Hasselhoff and a certain former vice presidential candidate fond of skinning caribou are all giving reality shows a bad name, which is not easy to do. And poor Jay Leno and his obvious humor are finally out, even if he’s back in his old time slot.

3) Talk show hosts. Oprah is still on her way out, although as we all know she’s really on her way up, to a giant plush couch in the sky where she will be crowned queen of the universe. Larry King will probably not have the same fate. He’ll likely just kick back and spend some quality time doing things like attending his kids’ Little League games, where he can tell the other parents about the time he asked Ty Cobb whether it was true that he invented the Cobb salad.

Jon Stewart and Stephen Colbert are in but not as talk-show hosts. As the only people reporting the news of the day in a format that provides actual facts and context, they’re the in newsmen. All the other newsmen are out. Sorry, Katie Couric.

5) Youngsters. Miley might be tanking, but 61-year-old Bruce Springsteen’s “The Promise” boxed set is selling like hotcakes, and Rod Stewart, 65, has now gone platinum with every song written between 1940 and 1955. Our biggest movie stars are Johnny Depp, 47, Robert Downey, Jr., 45, and Leonardo DiCaprio, the baby at 36, while Sylvester Stallone, 64, and his aging cronies had one of the biggest hits of the summer with “The Expendables.” The comedy world is mourning Leslie Nielsen, who passed away at 84, and who could be more in than Betty White, still baking her muffins at 88?

The exception is anyone who’s the progeny of Will Smith and Jada Pinkett Smith. The Smiths are in.

TOMORROW: In and Out in Sports

Email ThisBlogThis!Share to TwitterShare to FacebookShare to Pinterest
Labels: Entertainment, In and Out, Movies, Music, TV