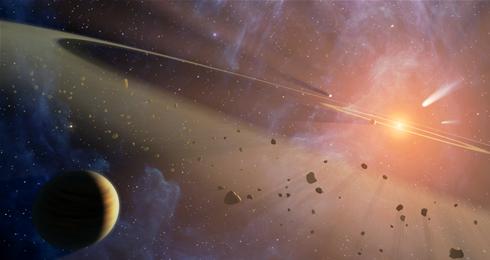 I had a feeling everything was going to get better after Obama got elected, and here's the first sign of proof: Scientists have found Spock's home planet. Now it's only a matter of time before the entire universe is joined in a spirit of peace and harmony, and we're all wearing our pajamas to work and making out with green women.

Granted, they actually found the planet -- in the Epsilon Eridani solar system, the solar system closest to Earth and thus the one used by "Star Trek" writers to house Spock's Vulcan homeworld -- just before Obama got elected. But if President Obama doesn't announce plans for a manned spaceflight there by the end of his first term, then I'm a Gorn.

(By the way, why does everyone talk about how "Star Trek" shows a universe of peace and harmony, yet in every episode somebody gets phasered into oblivion? What's peaceful and harmonious about that? I'm just saying.)
Posted by Pete Chianca at 10:56 PM

How can you thank Obama?